skip to main | skip to sidebar

The Navy Gets Trademark on Camo Pattern

"The U.S. Navy may have more of an effect on fashion they know as the Navy is set to have a registered trademark on a camouflage pattern used on its uniforms. The mark at issue is for the NWU 1 pattern, a pixelated black, gray and navy blue design. The trademark office initially refused the allow the Navy to register the pattern as a trademark on the grounds that the mark is purely functional and ornamental. However, the Trademark Trial and Appeal Board held otherwise. The Board stated that while the Navy was unable to establish that its print functions as a trademark, they were able to show that due to actual use of the print, it has acquired the necessary distinctiveness in the eyes of the public.
Mark McNairy and other designers, on the other hand, may not be able to run out and trademark their camo prints. According to the Navy's trademark application, the mark is limited to goods "to be sold to authorized patrons of the military exchanges pursuant to Armed Services Exchange Regulations.” So, while this case provides interesting insight into trademark law, it doesn't seem like it will help designers out just yet. However, copyright protection is likely an option for prints, such as Jimmy Choo's or McNairy's, and even the one that Marc Jacobs and Takashi Murakami collaborated on, which introduces an interesting combination of copyright and trademark issues that we will discuss another time. "

LEGAL WEST in other Language 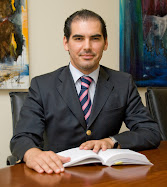